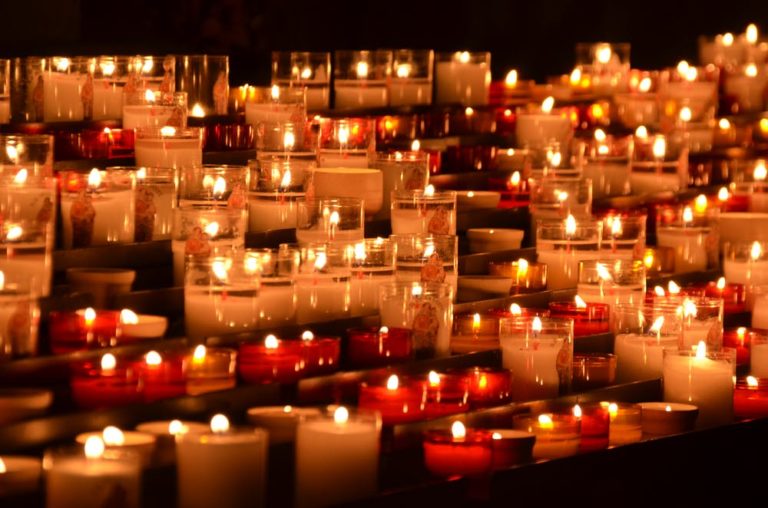 Before I make people angry with this headline: I believe that the coronavirus exists and that our society is currently disrupted by people getting sick. I don’t want to talk about the world of hoaxes and fake news. Rather, I would like to focus on how we make stories about a crisis like the current one and how they affect us. This is immediately followed by the possibilities to use stories related to corona, to support us to get through this period and to guard our mental health.

Let me start with a great statement from my good friend Stu Packer, also one of our facilitators. He always underlines the importance of stories by simply indicating that the past is a story. And also the future is a story. To continue: ‘The only moment that is not a story is the now. And the moment I just referred to is already another story.’

This clarifies that our experiences consists for the most part of stories. They give structure and meaning, or as Christien Brinkgreve writes in her beautiful book Vertel, over de kracht van verhalen (2014): ‘People make stories, and stories make people: they determine the fabric of our lives and our identity’.

In that respect, corona is also a story and one that occupies us enormously and has really become the problem of many. But in fact, it is not always our direct story. Only a certain percentage of the population has actually been affected by the virus and an even smaller percentage has actually ended up in hospital. For example, I don’t know any people with corona in my immediate environment. But that doesn’t mean that I’m not dealing with the symptoms of corona. I also think when I’m near someone: ‘Oh dear, corona!’. A dear friend told me that she likes to wear gloves when shopping. And she’s right. In short, the story about corona frightens us, as it goes with many stories. And so the virus slowly becomes our (sometimes only) reality.

The same goes for the economic consequences. Hospitality entrepreneurs immediately feel the crisis in their wallets, just like hairdressers and some other professions. But let’s be honest, many people don’t notice it yet. On the contrary, we can save more because we can’t spend it on eating out or having a drink here and there. Still, the story of the economic depression rolls over us like a roller coaster and affects us all. And again: for many it’s just a story and not reality.

Earlier I wrote that it is important to keep sharing other stories as well. I stick to that. But now I also want to think about how we can give the story of corona a place. To let it be there, but to prevent it from holding our whole life in its grip and therefore be dragged along into a negative spiral.

Not so long ago we used stories to make that happen. I refer to the religious stories, which by the way are still a guide for part of humanity. In earlier times corona would probably have been ‘dismissed’ as a punishment from God for the godless life that part of us lead. Perhaps because we have become too individualistic, spend too much time on social media, or because we are drifting towards a dissolute and immoral society. And there are churches, especially those that are strict in doctrine, where this is still being preached. That’s what I read in the newspaper. And although many readers probably can’t really imagine this anymore, everyone understands that such a religious story does provide a grip. It puts something elusive like a wandering virus into perspective. It allows us to give it meaning. Moreover, we can do something about it, namely pray for better times.

Without arguing for a return to a deeply religious society – if only because it seems that ship has sailed – we can learn something from it. Because what happens when you are able to place something within a context? You externalize it as it were. You put it outside yourself, without completely severing the ties with it. Because you can give it meaning, you make it a controllable story, so to speak.

I don’t make this all up myself. With a skewed eye I look at the principles of narrative therapy, as described by Michael White, among others. In his book Maps of Narrative Practice (2008), he describes on the basis of appealing examples how he works with people with psychological problems and ensures that they can place these problems outside themselves. Externalizing conversations objectify the problem and can be the antidote for these thoughts (…). This allows people to experience that they have an identity that is separate from the problem. The problem just becomes the problem, not the person’. In this way the problem can turn into a friend, with whom you have contact on a regular basis, experience beautiful moments with and sometimes gets you completely upset’.

There is much more to say about this, but the starting point is very useful in my opinion. We have to make sure that we no longer internalize corona and see it as the all-embracing problem. On the contrary, corona is just a story alongside all the other stories that form us. So, for our own mental health, we have to make sure that all those other stories reclaim their space. This is the responsibility of the media, the government, but especially of ourselves.

In short, start by considering corona as a troublesome friend. Give the crisis a name, for example (which is what we do with storms these days). Talk about Dennis or Carola. I guarantee you that will bring relief in this crazy time. 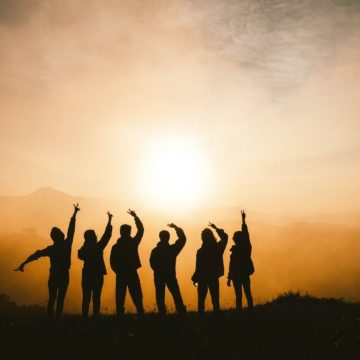 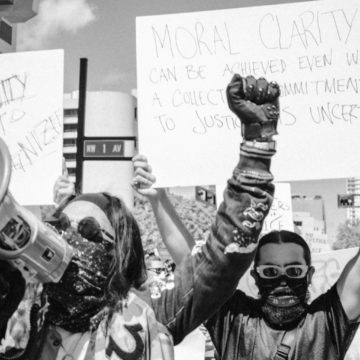 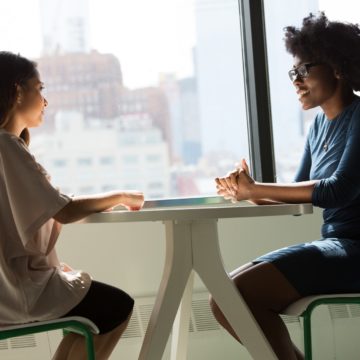