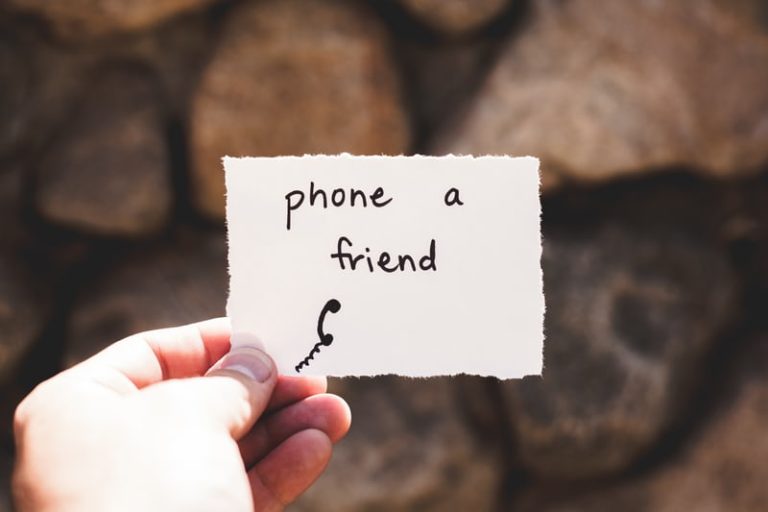 What impact can the corona crisis have on our mental health? Besides the relational tensions that can arise from living on top of each other, many of us are also stuck in one negative story. It is important for our minds to keep making room for stories that are not about corona.

At the moment corona seems to fully control the lives of everyone in the Netherlands – and in a large part of the rest of the world. It is the topic of almost all conversations and the media continue to inform about the latest state of affairs. This is logical in the midst of a crisis, but there is a danger lurking; namely that we will fully identify with this crisis and forget which other stories also continue. In my field, where we use story sharing for personal growth and social impact, we call this the single story issue. We consciously use the word issue: being stuck in a single story rarely leads to something positive and usually results in victimisation. This is mainly about the influence on the mental health of people whose identity has been reduced to a single story.

This happens, for example, to people with psychological or physical complaints. They often identify themselves with their problems. I regularly experience this when I give workshops to these so-called difficult target groups. As soon as they are introduced, they immediately mention the condition they are suffering from, and then put everything in the light of that condition, including the excuses for not being able to do something. Our work then consists of broadening their horizon by letting participants discover that they consist of multiple stories. By inviting them to work on those other stories as well. It is beautiful and hopeful to see how quickly people change for the better and become stronger, when they realize that it is not one story that determines their identity.

The same thing happened to the men in social isolation with whom we work in Amsterdam West and Nieuw-West, or to the LHBTQI’s in the Balkans whom we help to gain acceptance through stories. The moment these groups broaden their stories, and depression, loneliness or sexual identity no longer play the only role, you see them flourish and mental resilience increases almost immediately.

Now, however, a collective single story seems to emerge. Where we know by experience what a single story does to the mental health of an individual, we are now confronted with a situation of a very large group of people who increasingly focus on one aspect. If I continue the line, I expect that this will definitely have – and probably already has – an enormous impact on the mental well-being of a large part of the population, which will have lots of consequences.

That is why it is important to actively make room for other stories right now, in the middle of the crisis. Memories from the past and dreams for the future. Let’s actively share them, by asking the other person and making time to listen to them. We have plenty of that time right now. Without denying the virus and the problems that accompany it, we must continue to realize that this is only part of our existence and that there are many other things that continue to happen. This is a responsibility we have to take towards our own mental health (and resilience), just as we have to do for others. Sharing other stories and making sure people don’t get stuck in that one difficult story is just as much part of caring about each other, and will help us get through this crisis healthier.

Do you need inspiration to share stories? Here you find three tips to get the conversation going.